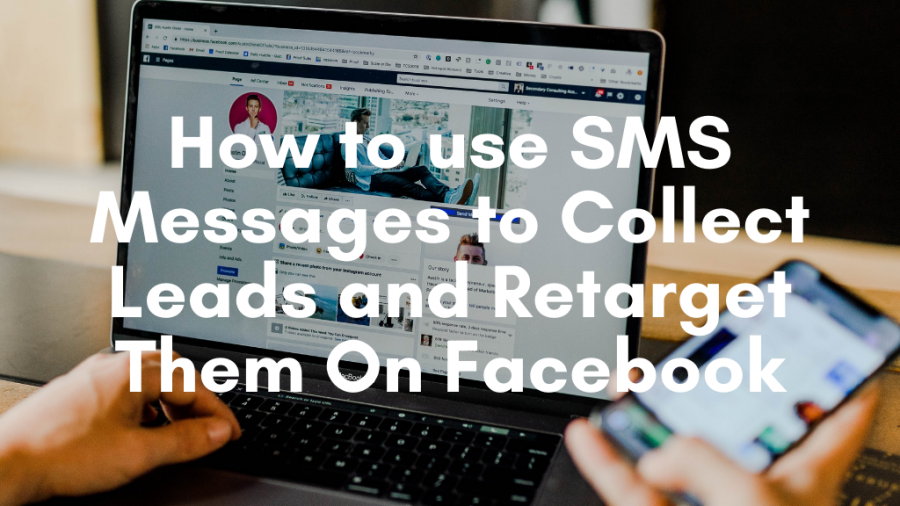 Have you ever collected leads from text messages? Here’s an example. You’re at an event, and you have attendees text a certain keyword to a number to receive an offer (free report, event slides, etc.).

Now, what do you do with those leads? Maybe you send some follow up emails. Or, possibly give them a call.

But, have you ever thought about retargeting them through Facebook with ads that were related to whatever you offered them?

That’s exactly what John Arnott from ContentFirst Marketing did.

John recently launched a new checklist to help small businesses grow through the economic recovery. He recognized many of his leads would prefer to opt-in for the checklist with their phones. So, he created a text campaign to capture those leads.

Separately, he wanted to build his brand by displaying more content on Facebook to those leads who had recently opted in for his checklist.

John knew he would be losing out on leads if he didn’t figure out a way to capture them according to their preferred method, so he began searching for a simple solution to easily capture leads via SMS messages.

John used PlusThis to set up SMS sequences, which allowed him to establish a keyword for his leads to text to receive his checklist.

Once he captured the leads, he wanted a way to build their trust so they could eventually convert to a client. He also wanted to show his content to people on Facebook who opted in for his checklist.

By setting up the Facebook Audience Trigger tool from PlusThis, John’s blogs, videos, and other content was automatically shown in Facebook to those who texted in to receive his checklist.

John not only was able to collect leads in a way that was easy for his ideal prospects, but he was able to build his brand and stay top of mind, allowing him to convert more of his leads into customers. He created a funnel using two unique methods to help him capitalize on leads and customers that would have otherwise been lost.

Here’s where you can watch the whole case study.

What are some strategies that you have implemented that have allowed you to get more leads and clients just by thinking outside of the box? Tell us in the comments below!