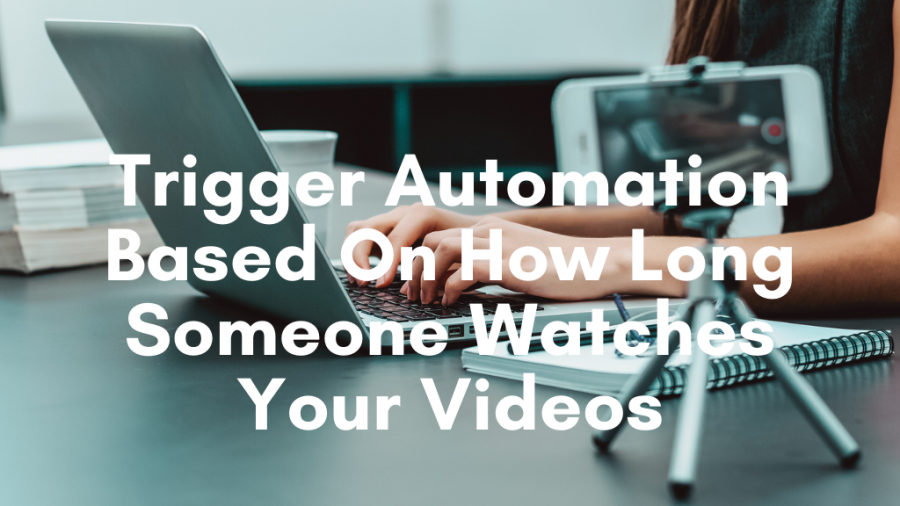 Have you ever wondered who is watching your videos, and how much of them they’re watching? Well…you no longer need to wonder. With the PlusThis Video Trigger tool, you can not only track video consumption, but you can trigger automation based on it.

Want to learn how? Keep reading.

Let’s say you have someone opt in to receive a video training. After opting in, you would send them to a page with your video on the page. Once they start watching the video, you can send them emails based on how much of the video they actually consumed.

Here’s what it would look like in your marketing automation platform:

Someone would fill out your form, and you would send them a series of emails with links to go watch the video. PlusThis will give you special links to include in your emails, and a special embed code for your page so you can start tracking the videos. Then, your marketing automation platform would complete the follow up according to how much of the video was consumed.

Setting this up in PlusThis is super simple. You would first paste your video embed code in PlusThis. Next, you would specify the times in your video where you would want tags applied. You would specify those tags, and PlusThis will know that when contacts reach that point in your video, to apply the tag in your marketing automation platform. Lastly, PlusThis will give you an embed code to put on your page (website, ClickFunnels page, etc.).

As you can see, setting this up only takes minutes and is super valuable to not only gain insight into your marketing and video consumption, but also follow up with contacts accordingly.