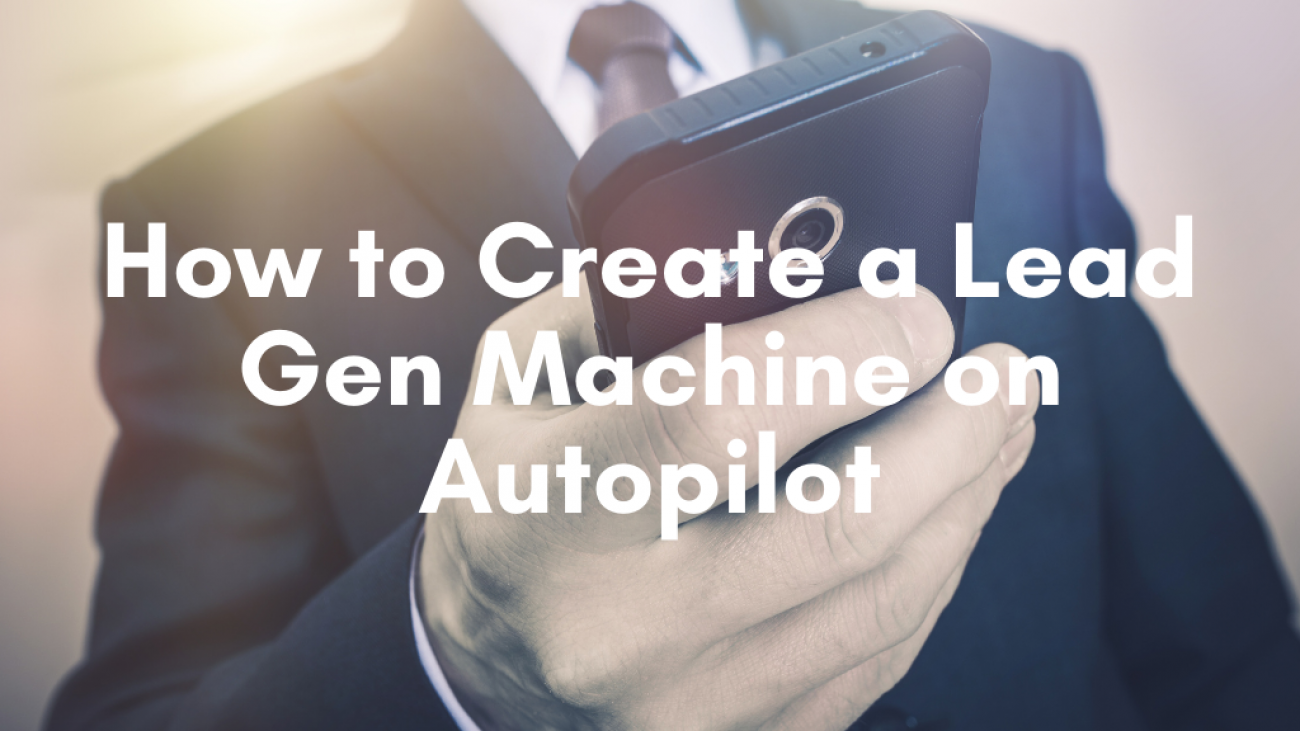 One of the most common challenges entrepreneurs face on a daily basis is getting leads and turning them into clients. Just like some may wish money grew on trees, as entrepreneurs, we feel the same way about leads.

Do you remember when you first started your business and began to get leads? Did you celebrate like you won the lottery? If so, you’re not alone. But, there’s a caveat with getting fresh leads….you need to follow up with them quickly. And, if you don’t have a system in place for doing so, you’re losing valuable time and money you’ve already invested.

Jack Wheeler ran into a similar problem. He owns and operates several gyms, where his top of funnel campaign is a Facebook Lead ad that drives prospects to a free consultation. Jack needed a way to get leads quickly from Facebook into his Infusionsoft CRM, so he could follow up with them right away and convert them into new clients. Here’s how he made it happen.

As mentioned, Jack was getting a ton of inquiries from Facebook. He had a CRM system that he wanted to use to keep track of all his leads and follow up with them accordingly…and quickly!

Facebook Lead Ads makes it easy for his potential clients to sign up for a consultation. However, the downside is he would need to manually export these leads into his CRM, unless he found a tool that could do this.

Because he’d need to import his leads manually, he couldn’t always export his leads and reach out to them immediately after they filled out his Facebook Lead ad. Not to mention, he doesn’t have the time to sit around and wait for a lead to come in hopes he can follow up with them quickly. He needed a way to speed up his process and get leads responded to immediately.

Here’s What He Did

Jack used the Facebook Lead Ad Triggers tool in PlusThis to integrate Facebook Lead Ads with his marketing CRM (Infusionsoft). That way, when a lead came through Facebook, they were immediately put into his Infusionsoft CRM, assigned to a sales rep, and given follow-up for their free consultation.

HE DIDN’T EVEN HAVE TO KNOW IT WAS HAPPENING. Everything was running automatically, so he could focus on other efforts in his business and let his sales reps take care of the rest.

What’s your consultation process like? Are there steps that you can easily automate? Let us know in the comments! 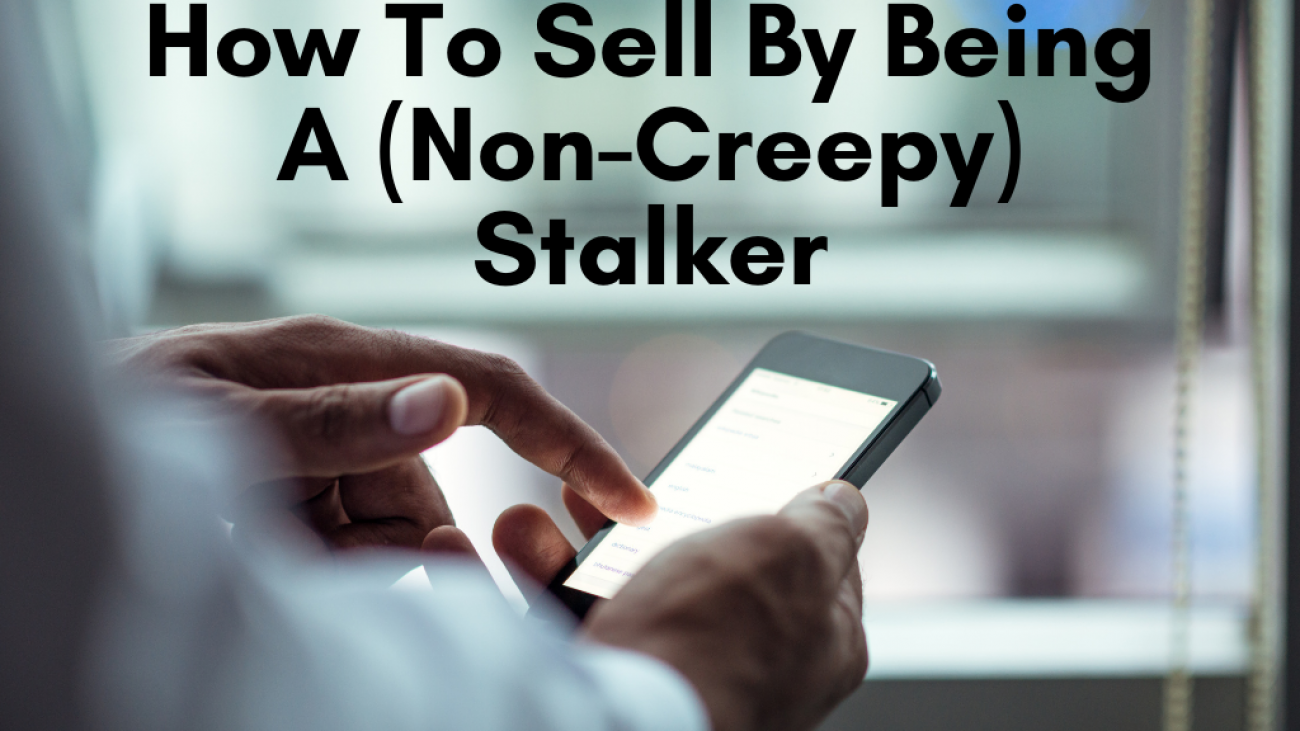 Today I want to talk to you about how to become a non-creepy stalker. But before you go running for the hills, it’s not what it sounds like (promise!).

I’m talking about tracking potential customers who watch your videos and gathering insightful data so you can ultimately turn them into paying customers.

This is the exact strategy Jordan Le, owner of a digital marketing agency, uses to sell his online courses. Keep reading to see exactly what he did.

Jordan Le sells courses to help people land high ticket clients. He typically sells people into his courses by getting them to convert off of a webinar.

His webinar was full of great content and typically would get people to convert, so he was looking for a way to get people to watch more of his webinar.

He wanted to know exactly who was watching how much of his webinar, so he could follow up with them accordingly. And, he didn’t want to do the follow up manually (because, let’s be real. Who has time for that anyway?).

Jordan used the PlusThis Video Trigger tool, which allowed him to take his webinar video and apply tags based on how long someone watched it. He then used the insights and data to get people to watch more of his training if they left early, and reward people who watched the whole training with customized follow-up.

Do you have any places in your business that would benefit from tracking who watched your videos? If so, let us know in the comments below! 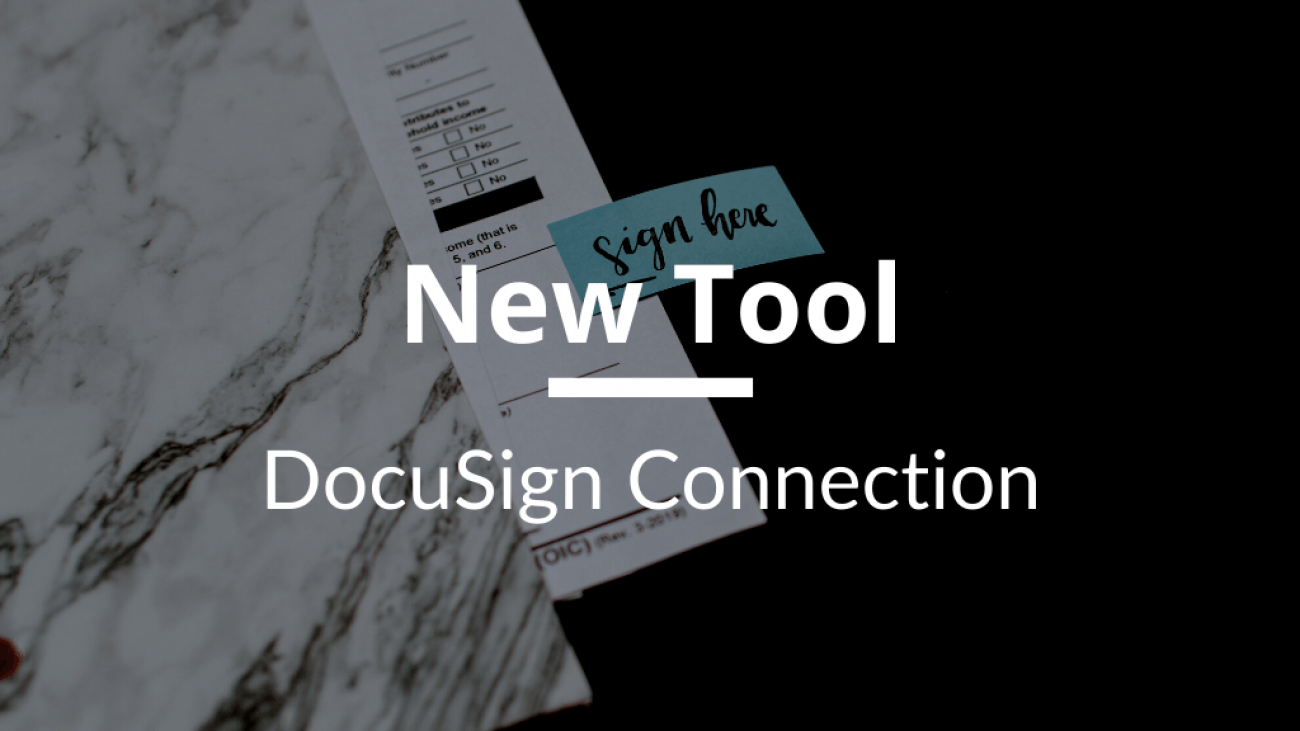 Our integration allows you to connect DocuSign with your marketing CRM (Infusionsoft/Keap, ActiveCampaign, Drip, HubSpot, and Ontraport.

For example, you can use the DocuSign Connection tool to auto-populate fields on your forms based on custom fields you select. You can store field responses from DocuSign back into your CRM. And you can apply tags when people are sent a document, open a document, sign a document, decline a document, or void a document.

If you’re interested in seeing how this works, check out the info below.

Here’s How it Works

The PlusThis DocuSign integration is simple and straightforward to setup.

After creating your DocuSign template and doc you need signed and returned, you’ll be ready to start setting up the PlusThis integration.

One of the first sections in the PlusThis DocuSign integrations is the Email Options section.

Here we’ll set up the email template for requesting your client’s signature.

PlusThis gives you the flexibility to pick a custom field from your CRM and have that displayed in your DocuSign form.

For example, if you have a price you want to show on the form that could be different based on the client, you can pick your price custom field in your CRM here and that will auto populate the price field on the DocuSign form itself.

Next, you can tell PlusThis what custom fields you want to store the responses your clients fill out from the DocuSign form.

For example, maybe you want to track when a client signed your services agreement. You can easily see the DocuSign field for “date signed” and pick a field in your CRM for where you want that saved as well.