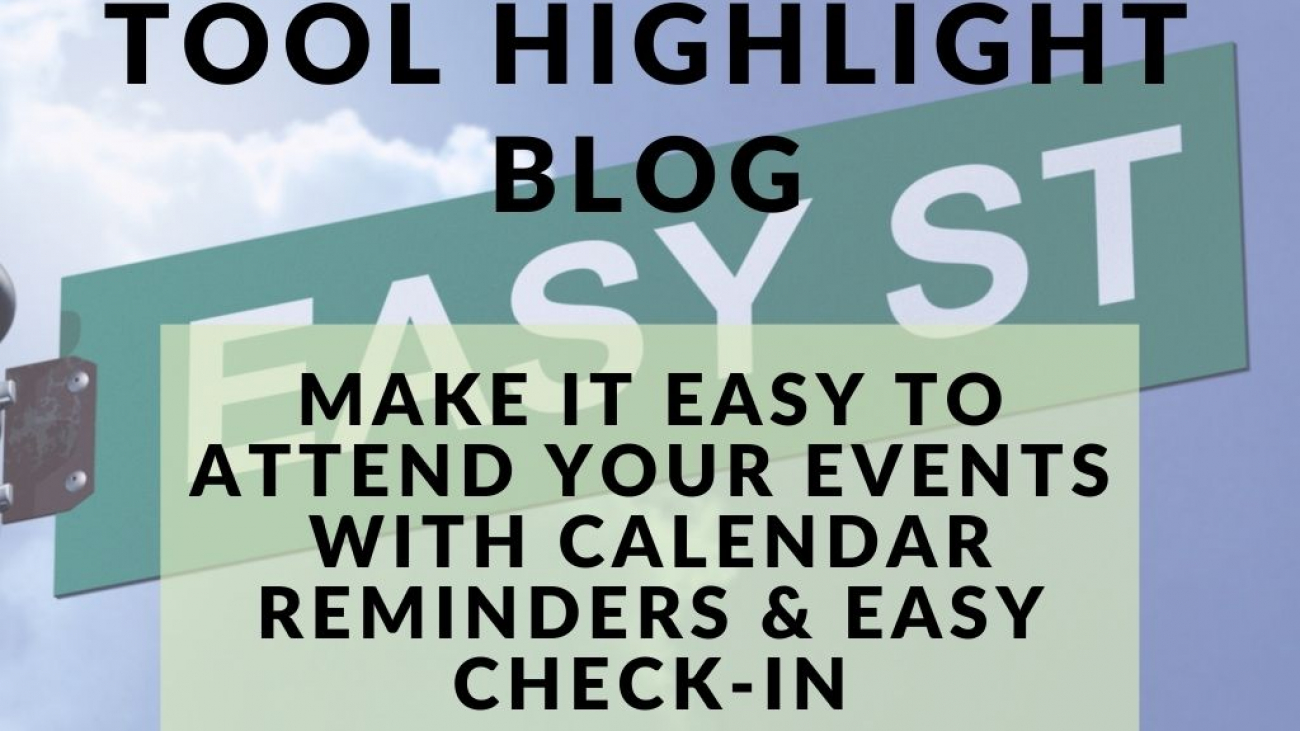 On top of creating an event and the supplemental content that comes with it, you have to make sure that people actually come!

There are many ways to set up calendar reminders and create a simple check-in process for attendees, but a simple way is with the use of just two PlusThis tools.

With Add To Calendar and Easy Check-In, these worries are no longer even slight concerns. These tools take care of adding the event to the attendee’s calendar (Google, iCal, OutLook) and crafting an easy check-in portal that simplifies the process of attending the event. While the tools can be used separately – when put together they can achieve a stress-free event with accurate reminders and simplified processes. With these features, attendees can recognize the simplicity of your events, and are more inclined to attend future events.

Let’s go through how you’d set these tools up.

Add Your Event To Their Calendar

Configuring the tool is pretty straightforward. Begin by establishing the event and the information you’d like to include in the calendar reminder. You can include the appropriate fields you’d like to merge for the location and description.

From there, you will continue on to specify the date for the event, the time it starts and how long it lasts.

Once this information has been input, determine if the event is going to repeat and continue on to save the tool.

PlusThis will provide a tool URL for both an ISC file (iCal, Outlook) and Google Calendar to place into emails for contacts to choose which they support.

Make It Easy To Check-In

Start by deciphering what tag qualifies the contact to enter the event, then what tag should be applied once they have entered the event and where to store that timestamp.

Moving on to how you’d like the QR Code Badge to appear, select the appropriate fields you’d like displayed for each attendee.

Give the tool a name and select a folder to save it within and then the easy check-in process has been implemented and the QR codes can be embed to send to contacts via email.

To view who’s checking in, what time, and the determined status tags – select the tool and “usage & event administration” to see the event menu and associated registrants.

Watch Your Event Be A Simple Success

As a result of the simplicity, personalization, and accuracy of the Add To Calendar and Easy Check-In tools – registrants can interpret the credibility of the company and the event they are about to attend is going to be highly organized and beneficial to them specifically. 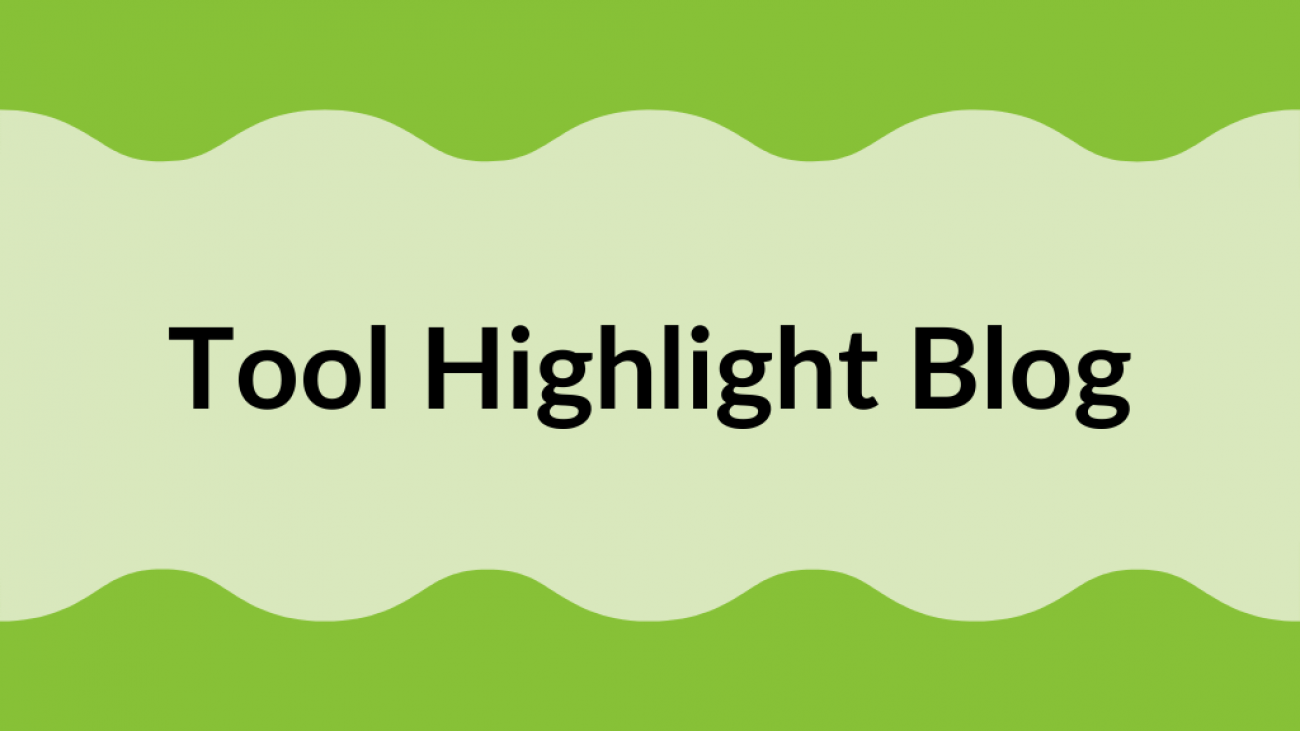 It used to be a dream to be able to see how much of your content was actually being consumed and engaged with, but with the growth in automation – the dream is a reality.

PlusThis knew how important it was to be able to track contacts when they engage with a video, how long they engage for, reward those who watch a certain amount, and organize the contacts based on this information.

There are two stand out tools that can be used to achieve these goals. Video Triggers – a tool that uses cue point triggers to track video engagement from your contacts – and Scarcity Triggers, a tool that allows you to select a desired amount of people to reward for completing a desired requirement.

These tools – while they work well alone – are even stronger when working together. The tiered incentive generates urgency and reward for contacts, and the backend engagement tracking gives the opportunity to visabily follow content engagement and customize follow-up based on what each contact has consumed.

Let’s go through how to set this automation up.

See who’s watching; and for how long
Video Triggers

When a video is posted, the goal is to have as many people watch as much as possible.

With Video Triggers, contacts can be organized based on the amount of the video they watched. To start configuration, input the video’s embed code into PlusThis.

Once this step is completed, the real fun begins. Here’s where you choose how you want to tag contacts – based on cue points, a specific point in the video, or the accumulated amount of time spent watching.

Since I want to provide the first 50 people that watch 50% of my video, I’ll tag contacts based on those who have watched a minute of my two minute video, and tag them accordingly.

See that the button to set another tag? You can track contacts based on several different watching requirements, such as 25% or 100%. But for this scenario, I just want to know when they’ve watched half of the video.

Now that’s I’m content with the configuration and tags being applied to those who watch 50% of my video, I will save the tool and receive the coding to place the triggered video on my website. I’ll also need to draft an email that includes the link to the page with the triggered video, that also has the appropriate contact snippet at the end of the link. (Snippet is shown when copying the code for the video after configuration) This is to be sure that the tool is triggered, and the contact that is doing the clicking and watching is being tagged correctly.

Nice, tool 1 done. Now let’s see how we could initiate a reward for the first 50 people that watch 50% of the video using Scarcity Triggers.

Reward a certain amount based on what they watch
Scarcity Triggers

Similarly, this tool is tag based and will track the contacts that have watched 50% of my video. We’ll start by selecting the tag we want to be counted. I’ll select the same exact tag that is applied to the contacts that watch the desired amount.

Next, we decide how many people we want to count with this tag, and what supplemental tag we’d like to apply.

Since I only want to reward the first 50 people, I will choose that when the amount is equal to 50 – the Receive 20% Discount tag will not be applied to those who watch the specific amount of the video after the first 50 contacts have already done so.

Like video triggers, there are multiple tagging options/conditions you are able to configure within the tool to maximize the data that can be gathered.

Again, for this scenario, I’ll just need the one condition. Once saved, I immediately receive a Tool URL to input into my campaign to actually trigger this tool and send out the rewards.

Here’s a simple example of what a possible Keap campaign for this strategy may look like:

Within the “Offer 20% Discount” I have my HTTP Post to input the tool URL from Scarcity Triggers which allows the system to calculate and reward the first 50 customers.

Now, not only will I know who watches 50% of my video, but I’ll be able to reward the first 50 people and increase the chances of a purchase or goal completion from my entire list.

Check Out Some Demos Using These Tools

It’s common to forget appointments that have been scheduled ahead of time, and it’s always a bit relieving to receive that reminder text a couple days beforehand.

Knowing the relief that comes with the reminder text ahead of your appointment, wouldn’t you want to include that in your client’s experience with you?

To keep up with the times, PlusThis has created the tools Send SMS Message & SMS Sequences – allowing you to send automated reminders for upcoming events. The two tools both have the ability to send automated messages to customers after they have scheduled an appointment.

This quick, instant communication between customer and seller can not only help business thrive, but can also provide an opportunity to build lasting relationships with customers.

Let’s run through how you’d set up SMS Reminders for an upcoming webinar that you’re hosting. There’s already have a campaign set up with a list of contacts that have signed up for the event, but you want to be sure they receive a reminder 30 minutes prior to ensure attendance. In this case, you don’t feel the need for the customer to reply to the message.

Since there is no reply that will be necessary, Send SMS Message can be configured to send out the webinar reminder.

We’ll start by choosing who we want the webinar reminder to be sent to, and how you will contact them.

Once we’ve selected the phone number for the reminder to be sent from, we’ll begin drafting the content of our message to remind people to join the webinar event.

You can see that fields can be merged into the message to personalize the communication. These fields can range, but for this situation we’d like to address them by their name, and remind them of the start time of the webinar.

There is also the ability to include media in the message, such as an image or a video – but in this case we’re just looking to send them a quick reminder.

Once additional information – such as tagging the contact if the number is invalid – has been configured, we’ll save the tool and receive our Tool URL to input into our webinar campaign.

Imagine we have a campaign set up with our tagged potential attendees, and a sequence to send them a reminder 30 minutes prior to when the webinar begins.

Once our copied Tool URL has been pasted into the HTTP Post and set to ready, the automation begins.

The tool will be triggered 30 minutes prior to the webinar event and automatically send the contacts that signed up a quick text reminder of when the event kicks off.

This case is one of the many that the SMS tools can be useful for. The possibilities of increasing attendance, engagement, leads and so many other things using SMS texting is essentially limitless.

Check out our SMS Demos for some ideas of how to implement SMS messaging in your business.